Your Brain On Running 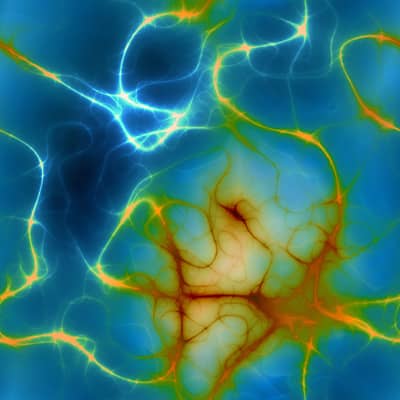 “Running,” writes Matt Fitzgerald, “is an endless source of learning…” Obviously runners learn about running through running, but running’s influence on our neural geography goes miles beyond mastering how to put one foot in front of the other.

Several years ago, as I handed back my seventh-grade students’ writing projects, I noticed a curious pattern: several of the top grades were landing in the hands of students wearing cross country team T-shirts. I used a method that prevented me from knowing what student had written the paper I was grading, and prior to the cross country team T-shirts being proudly worn that day, I didn’t know which students were on the team. As the year progressed, this pattern continued. Running cross country didn’t make these students great writers, but there was definitely an unfolding correlation. This pattern repeated throughout my years teaching seventh-grade English. What, if anything, could explain this connection?

My classroom observations preceded the neuroscientific evidence by a few years, but recent discoveries suggest the pattern may have been more than coincidence. A growing body of research indicates that exercise positively influences:

When it comes to these positive outcomes, not all exercise is created equal. Aerobic exercise, and especially running, shows a greater influence than other types of exercise, such as weight training alone. In a recent study, teenage boys with higher cardiovascular fitness outperformed their peers in intelligence, education, and even income as adults. The researchers from this study stress the importance of cardiovascular fitness: “In every measure of cognitive functioning they analyzed—from verbal ability to logical performance to geometric perception to mechanical skills—average test scores increased according to aerobic fitness” (ScienceDaily, 2009).

Wow, that is a powerful correlation. But what explains it? In part, the influence may truly be tangible. “Physical activity,” claims molecular biologist John Medina (2008), “is cognitive candy.” Along with increasing blood flow to hippocampal regions of the brain, which are critical for memory formation, aerobic exercise increases Brain Derived Neurotrophic Factor, or BDNF. Exercise releases BDNF, a protein that keeps neurons healthy and more likely to form connections, and encourages the formation of new neurons. Exercise can literally grow your brain!

While I don’t have fMRI scans to prove it, research suggests that those junior high cross country runners may actually have had more brain to write with. Not to mention better abilities to sustain attention, meet challenges, and solve problems—all necessities for writing effectively.

You may be thinking this sounds great—for young runners. “However,” I hear you thinking, “I am past my junior high track and field days.” Fortunately exercise’s influence is not limited by age. “A lifetime of exercise can result in a sometimes astonishing elevation in cognitive performance,” prods Medina. At every age studied, including aging adults, a mere twelve weeks— three months!—of aerobic exercise resulted in better long-term memory, reasoning, attention, problem-solving, and fluid intelligence. And what happened when the exercise ceased? So did the cognitive benefits. You can literally run yourself to a better brain, or couch potato yourself to lesser cognitive abilities.

So, lace up and take your neurons out for a mile or two of brain building. Who knows what problems we might solve with a few more miles behind us?!?